RailClone 3.3 added support for Max 2020 while version 3.2 introduced compatibility with V-Ray Next and Arnold, significant enhancements to default scaling modes, a new supermarket library and several improvements to existing features.

RailClone 3.2 is a compatibility update to support the most recent version of 3ds Max, V-Ray and Arnold - Autodesk’s powerful new renderer, included in 3ds Max from version 2018 and above.

In addition, we’ve taken the opportunity to include in some additional updates to make RailClone even more powerful and add extra options requested by artists to create amazing parametric models.

Thanks to the latest release, you can now use bevelled corners with adaptive and count mode, sync random values between generators, use the sub-spline count in expressions, apply modifiers to nested RailClone objects, populate supermarkets with a new library and more

Compatible with (nearly) everything!

RailClone 3.2 adds support for V-Ray Next, so you can take advantage of Chaos Group's latest and greatest renderer. Enjoy speed improvements of up to 25%, use the new GPU architecture with its promise of doubling the speed of your GPU rendering, take advantage of the new adaptive dome light and much much more.

For the first time, RailClone is now also compatible with Arnold, Autodesk’s replacement for Mental Ray that was first included with Max 2018. Not only does Arnold support instancing with RailClone and most of the main features, it also supports RailClone Colour,  a new map type introduced in version 3 that enables you to randomise and tint bitmaps per-segment, or even match colours on a surface.

And don’t forget, in addition to these great renderers, RailClone also supports Datasmith, Mental Ray, and Thea plus nearly any renderer on the planet via RailClone tools. Check out the requirements page for full compatibility information.

Creating models with RailClone is simple when you understand the underlying principles. Internally, the A2S (two dimensional) array generator is calculated by stacking multiple L1S (one dimensional) arrays on top of one another - to form rows. 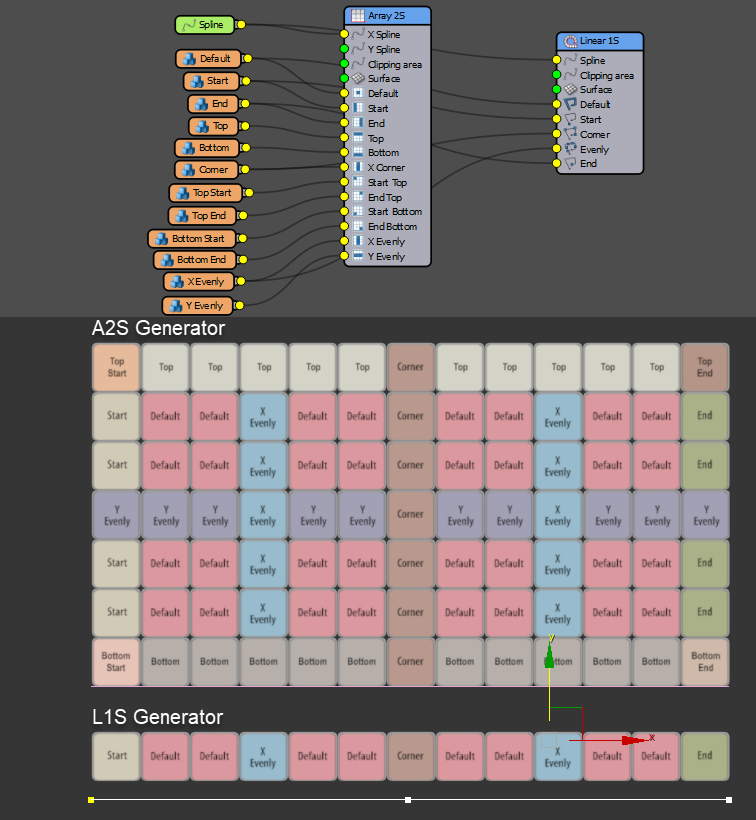 This release sees the addition of a new library containing food products that can be used to quickly populate shop and supermarket shelves. RailClone now includes a growing library of nearly 400 styles in 30 categories, with more planned for release soon!

In addition we have included several new Macros that you can use to create your own similar styles in a quick and easy fashion. Just add the geometry and you’re good to go!

To accompany RailClone 3.2’s Arnold support, we have created Arnold materials for every preset. If you are using Arnold, this will  be detected automatically and the correct materials will be used. Alternatively you can force Arnold materials to load by selecting them from the drop down list.

Use Bevelled Corners with Adaptive and Scale mode

RailClone can distribute default segments along paths using one of four modes. In the default Tiling mode, geometry is simply repeated and the final segment is sliced to ensure a perfect fit with the underlying path.

Sometimes though, you don’t want to slice geometry. The remaining modes allow you to use only whole segments. For example, using Scale mode you can stretch geometry between the start and end of a spline or between intermediary segments. Ideal where you need to recreate a sweep effect

For repeated geometry, Adaptive mode intelligently adds additional segments and scales them all equally to fill the available space. No geometry is sliced for optimal instancing and you’ll never see half a segment or encounter an unwanted open edge.

Finally you can take control and specify the exact number of segments to be cloned along a path section using Count mode.

The last two modes are incredibly useful, but always had a limitation: it wasn’t possible to use them in conjunction with bevelled corners.

Thanks to RailClone 3.2, we’re happy to announce that this restriction has been removed and bevelled corners can now be used with all 4 default modes!

The random number node gives you a lot of choices on when to create a new value. Pick from per spline, per section, per Y row, per segment and more. 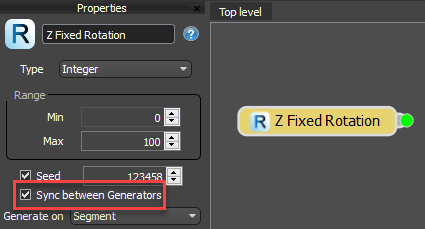 Several other improvements are included in RailClone 3.2. The UVW XForm operator now has an option to rotate the texture around its center - perfect for randomising maps with radial symmetry.

Update manager has seen several stability improvements and now includes the ability to install libraries from a network location. This can save multi-user offices from having to download the same content multiple times.

Nested RailClone objects can now have modifiers applied to them provided they are not reseeded per segment, and a SubSplineCounter variable has been added to expressions so that you can create conditional styles based on the order of subsplines.

To help with XRefing scenes, when using Free Object mode the full spline's transformation is now ignored. In previous versions only the position was being ignored.

To see the full list of changes, please see the release notes.

Other features of the 3.x series

RailClone 3.2 is the latest release in the current cycle, with RailClone 4 due later this year it’s worth revisiting some of the more significant recent improvements.

RailClone 3 introduced Macros, a new feature that allows you to collapse graphs into a single node. Macros allow you to approach creating RailClone objects in a whole new way. The existing operators become the building blocks that are combined in a subgraph to create completely new functions, that are much easier to understand and re-use.

In addition to using built-in macros, you can also easily create your own to make the graph easier to read, or to make reuseable graph snippets for future projects.

It’s also possible to make two other types of macro. A  numeric macro for example simply outputs a number, and whereas operators typically have a specific application, Numeric Macros can be wired to all kinds of other parameters to create many different effects.

You can even include one or more Generators inside macros. In the video shown below you can see and example that creates track lighting. It automatically positions the track below the height of the brackets, and under that the lights. There are controls for the spacing between brackets and the lights, which can also be randomly rotated.

RailClone Colour introduces a new way to add variety to your styles. Adding a RailClone Color map to your materials allows you to randomise between up to 20 bitmaps for each segment.

In addition to using RailClone Color to randomise textures you can also pick solid colours from a gradient or use them to tint bitmaps using one of 5 transfer modes.

RailClone Colour is able to randomise and tint bitmaps to provide nearly limitless colour variations. One of the most useful options that gives you a lot of control when you want to randomly tint an object is to use a  fixed selection of specific colours by picking them from a map.

Finally, RailClone colour also introduces an innovative new feature that allows you to tint segments based on a texture applied to a surface. The segment will take the tint colour that’s on the part of the surface directly below the bounding box’s center point.

Style linking allows you to use one RailClone style as the master from which other RailClone objects read the graph. Any changes made to the master, automatically cascade down to it children. This doesn't mean you can't make local changes. If you edit a parameter on one of the Child objects, then the local value overrides the master value, making it an incredibly powerful way to populate and control large scenes.

Alignment modes for Clipping splines were introduced in RailClone 3 to allows you to automatically rotate the array to match the spline. Behind the scenes it's using the vertex positions to calculate a plane, and then rotating the array to match. With Auto-Align disabled you get RailClone 2 behaviour, in which the orientation of the array is determined by the angle of the RailClone objects itself. In RailClone 3 there are two new Auto-Align modes:

The other new clipping feature of RailClone 3 allows you to choose from one of three Hierarchy Modes. These are used to determine behaviour when a spline object contains more than 1 sub-spline.

To use these styles its a simple case of creating splines to define the roof areas, building planes and hips. Load them from the library, assign the spline and you’re done! Here’s a short tutorial demonstrating the process.

Update Manager was introduced in RailClone 3 and has since been added to Forest Pack 6 to download, manage and install libraries,presets, macros and effects. You no longer need to wait for a new plugin release to get new libraries.

Update manager opens during installation, or automatically when new content is available. To launch it manually, open it from the start menu, or use the update button in Max.

Once you’re in, Update Manager shows packages that are available to download. You can also see the packages you have installed by going to the view menu and selecting Show Installed.

To install packages, just makes sure their checkboxes are ticked… and click Install.

Your new packages will be added to the RailClone library - ready to use! 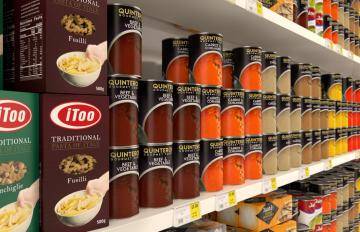 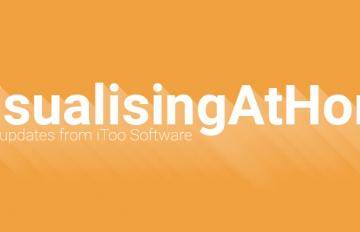 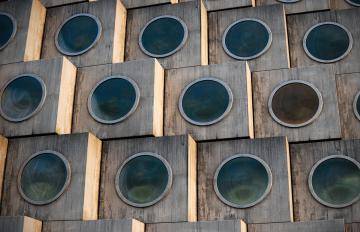