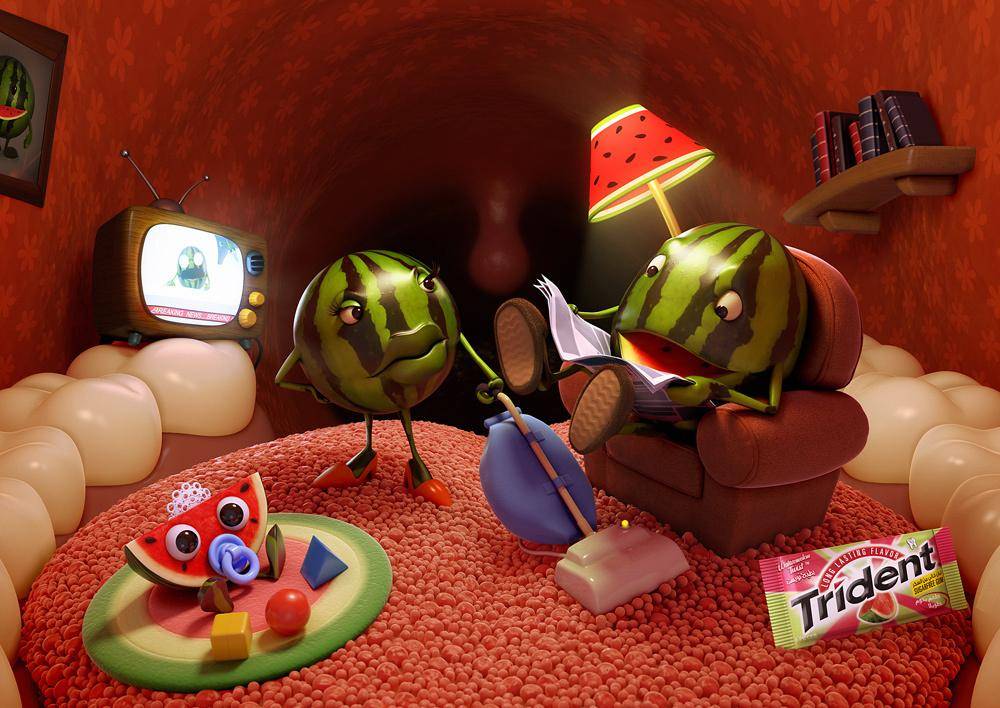 Artwork commisioned to promote the long lasting flavour of Trident's chewing gum. The concept being that the flavour stays with you for so long, it's as though the fruit has set up home inside your mouth.

I had a couple of days to work up the concepts for the characters, including a separate treatment with some strawberries. I then had about 10 days to model/texture/rig/pose/light & retouch the characters and scene. The tongue was initially modelled in ZBrush, but the feedback cycle meant I had to swtich to a more procedural approach & ended using Forest Pack Pro to scatter geometry over the surface.

The final artwork didn't need to be produced at any large scale so was only 5'000 pixels wide.