How to Create Ivy in 3ds Max with RailClone
Basic5 minutes
A quick tip on how to use free RailClone macros to create ivy along a spline in 3ds Max
Technologies:
RailClone

Creating ivy can always be a tricky prospect in 3ds Max, and for a long time, we’ve relied on free or inexpensive procedural ivy plugins to help automate the task for us. But if you’ve found that recently these plugins have been harder to come across, or maybe if you just want to create your ivy with a bit more creative control, then this tutorial might help. It demonstrates how to use two Macros in RailClone that can be applied to a spline to create ivy geometry. Of course, you still have to create the spline, but as you’ll see, it’s pretty easy.

At present, the macros we’ll use are only available in the downloads for this tutorial - there’s a link above - but if people find them handy we might soon add them to the built-in library. There’s also a finished version of this style in the file, so if you just want to go ahead and use it as-is, then please feel free. At the end of the tutorial, we’ll go over some of its settings so you can just jump to that section.

The macro expects two types of geometry, a stem and some leaves. The stem has enough edge loops to deform around the spline but otherwise, it’s just a tapered cylinder. The leaves have the pivot moved to the end of the stem. I have a second set too, they’re the same leaves but I’ve bent the stem underneath and realigned the pivots. We will alternate between these two groups to create a pattern of ivy that alternates on either side of the splines, an effect that is usually most visible when the plants grow horizontally. We’ve provided geometry, but you can easily use your own 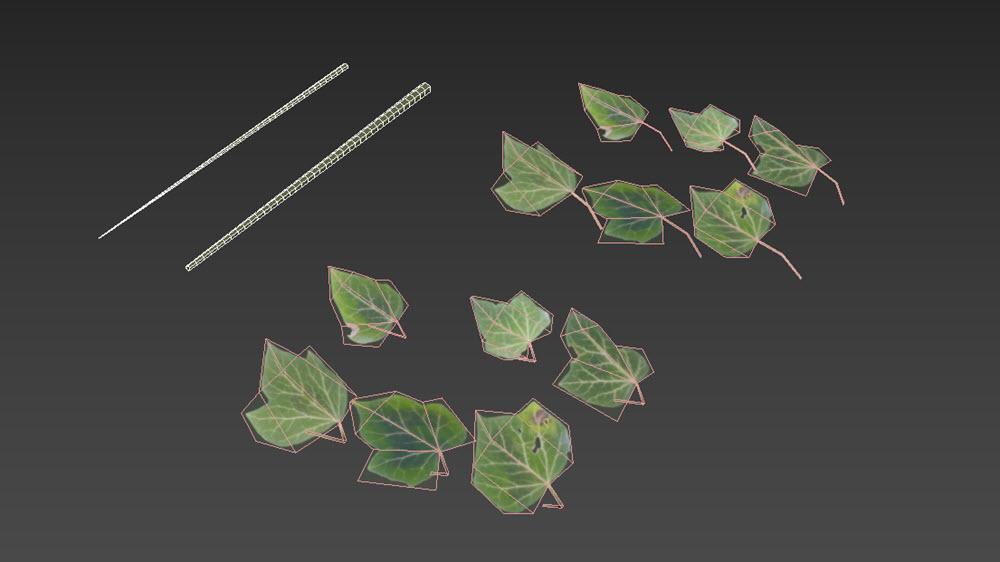 Let’s look at how to set up the Macros.

Select the RC_Ivy_Start object. The first thing to note is that the RailClone object is rotated to align to the wall you wish to use for the Ivy. This is important for two reasons, the macro will use this orientation to make sure the leaves are facing away from the wall, but it’s also necessary to ensure that they always remain vertical as is often seen in nature to maximise exposure to sunlight.

It’s also positioned at the bottom of the wall because as we’ll see, the macro has altitude parameters that are measured from the RailClone object’s coordinates. 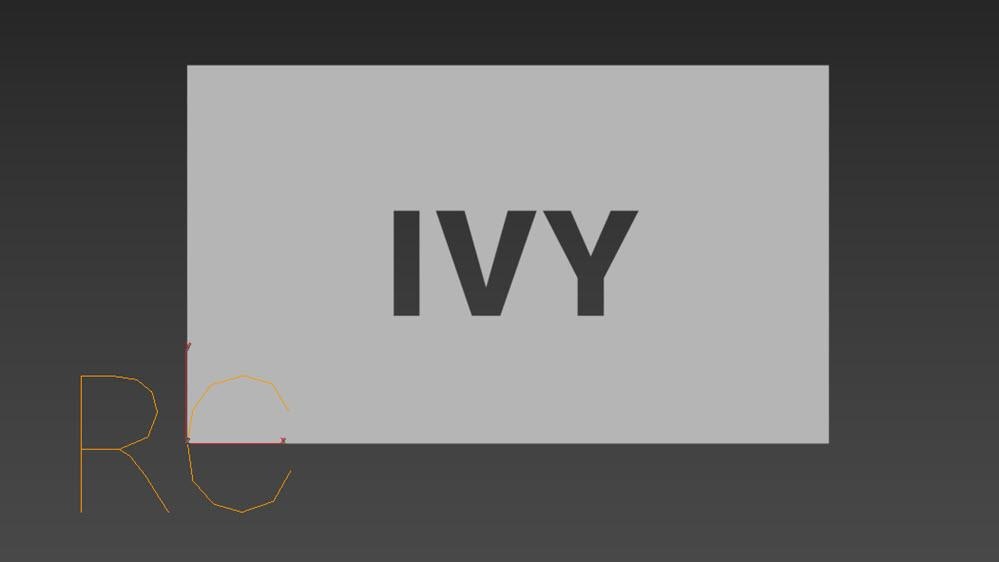 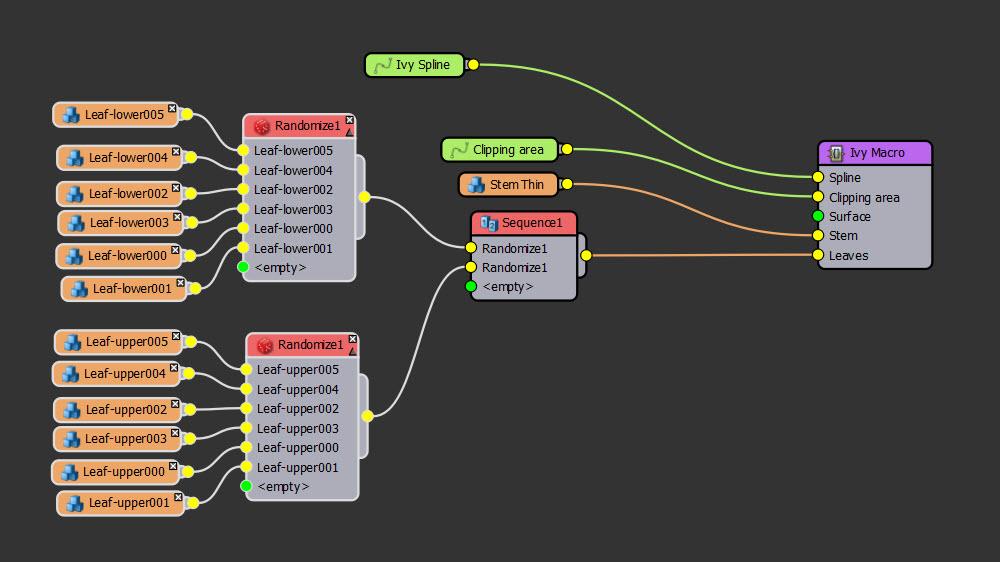 That’s the macro setup now we need a spline to use in that node. To create one I’ll use Max’s built-in Freehand drawing tool.

Now we have our basic mesh, let’s take a look at some of the control you have to customise your Ivy.

That’s pretty much it for the main macro.

Finally, there is another macro called Ivy Brance Maker. This can be useful to create the effects you see when Ivy branches hang down from a wall in tendrils instead of climbing. It works in conjunction with the existing macro. To illustrate, I’ll draw some horizontal lines at the top of the wall.

That brings us to the end of this quick tips video.  I hope you’ll find it useful for quick Ivy modelling. As I mentioned at the start, it won’t replace procedurally growing plugins, but it might be enough for quick jobs or if you want more control than an automated solution can provide. Also, for larger areas, you could use these presets to create small patches that are scattered with Forest Pack.