In this tutorial we will create the road seen running through the centre of the image. Having completed this tutorial you should be able to:

We will use these techniques to easily create an overgrown track with areas where vehicles have worn away the grass.

This effect is achieved using 3 forest objects: a grass object, stones, and wild flowers. Below is a blowup of the road area to better illustrate the final effect.

The grass area is created using only one include area. The tracks are formed using a custom falloff map with a range set to approximately half the total width of the track.

The ability to control size and density with falloff curves is a powerful feature of Forest Pack. Typically we use it to create natural transitions around boundaries but with a little creative control other interesting effects are possible. 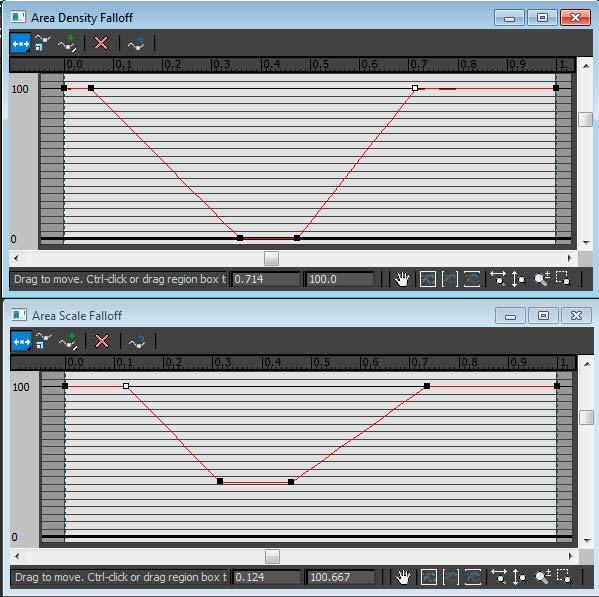 When you're happy with the effect duplicate the forest object as a copy and rename it "forest_stones". We'll adapt this new Forest to create the stones on the track.

We've now created stones in the tire tracks, in the next step we are going to create occasional larger stones. Instead of adding a bigger mesh to the geometry list we will accomplish this by controlling the probability of the transform>scale parameter with a curve. 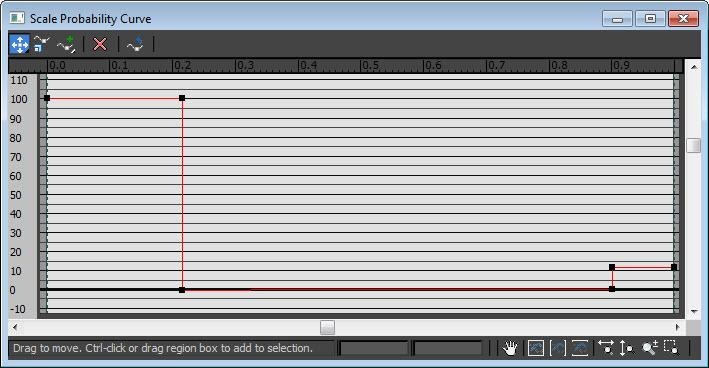 As always in forest pack probabilities are normalised, there is no need to ensure they add up to 100% manually.

Finally in this section we will add some wild flowers to the scene. However we will create small patches of growth rather than filling a whole area as in the previous two examples. To achieve this we can use Forest Pack's new Paint Area mode to easily draw where we would like flowers to grow.

Paint areas are a new feature of Forest Pack that allow you to paint splines using a mouse or tablet. 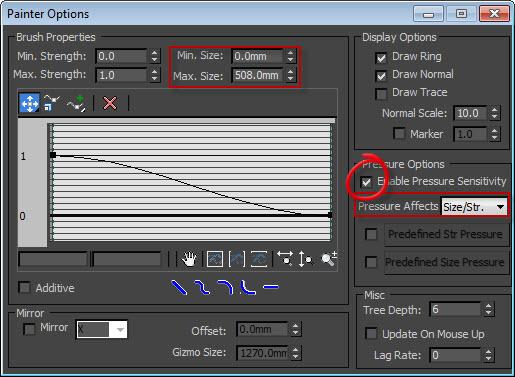 This completes the track, in the next section we will explore paint areas in more detail to create the overgrowth and bushes and use custom edit mode to make the fence on the right hand side.

Go to part 4
This material is copyrighted by iToosoft. You are free to link to our tutorials, but if you would like to reproduce content, in whole or in part, please contact us.
GO BACK
GO NEXT