If you’ve tried scattering small objects on a surface that uses displacement you’ll have encountered a problem. Forest Pack calculates its position information according to the surface’s state before render time, but displacement is not calculated until render time. The resultant changes in the surface at render time can result in the terrain disconnecting from the scattered geometry, especially for very small objects like ground cover. To illustrate let’s look at a small scene created using a number of Quixel’s Megascans assets. Here’s the render of the landscape without the small plants and leaves but with displacement enabled using VRayDisplaceMod modifiers.

This is looking good, so let's add small plants and leaves to the scene. We won’t go through the creation of these in detail, they’re simply applied to the surface in the usual way. In the viewport, you can see that the scattered objects are sitting nicely the ground surface as you would expect. 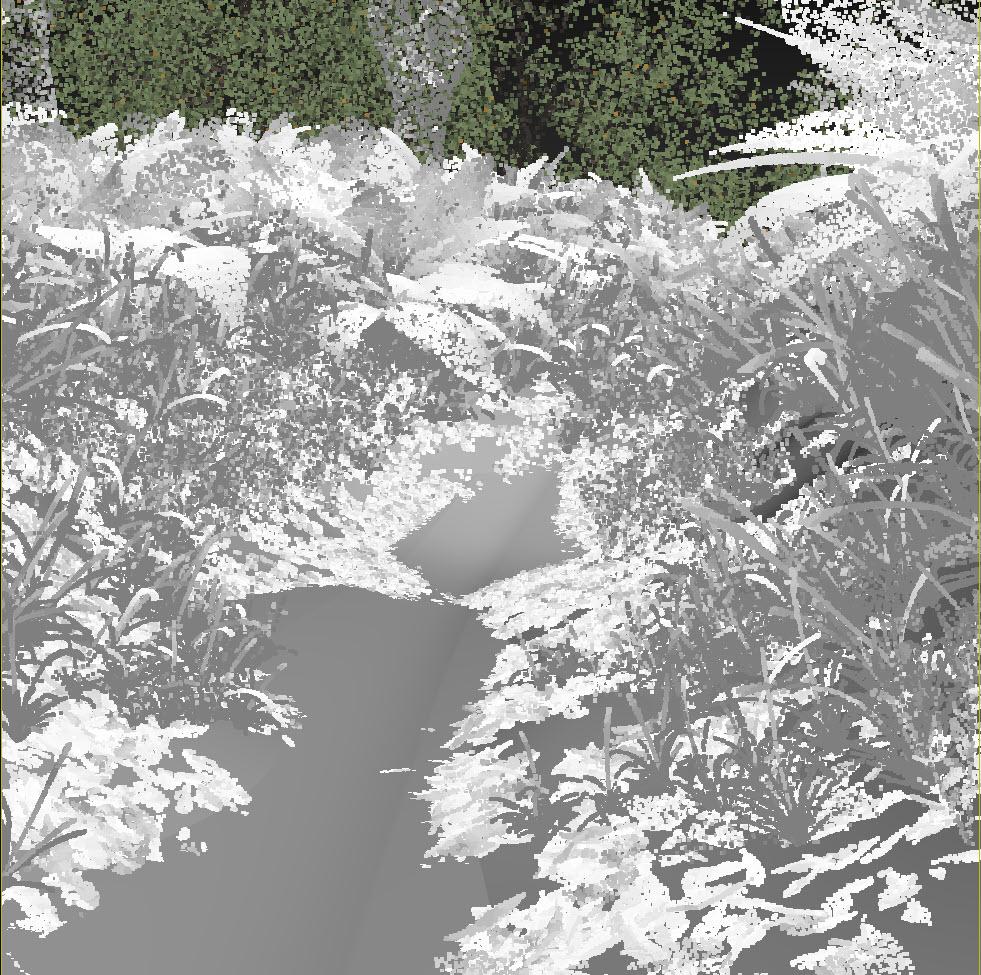 But here’s what happens when we render, because the terrain has been displaced up to a maximum of 10cm above the original position the bottom of the grasses and the clover are being buried, and the leaves have been completely covered!

So how do you fix this? One way is to forget VVRayDisplaceMod modifiers and instead heavily subdivide the model and use Max’s Displacement modifier to deform the geometry before render time - but realistically, it’s seldom going to be possible to get the necessary detail using this technique.

Instead, we can use a nifty Forest Effect to translate the scattered geometry in the viewport to match how the ground will appear after displacement. To use it:

Here's how the final image looks with the correct translation so that items are scattered on the displaced surface.

We hope you find this quick tip useful. Stay tuned for more videos to help you get the most from Forest Pack’s Effects and RailClone’s Macros.